We are used to thinking of A/B split testing as a way to improve UX and increase conversions. But it’s actually a two-way road.

How you design your tests should be based on UX research – not on guesswork and intuition.

This will save you lots of money and time, making your tests more predictably efficient.

If you’re not familiar with A/B split testing, here’s a very basic explanation. In each such test, you create two versions of a certain element on your site. It can mean two different colors for the CTA (Call-to-Action) button, the layout of a section, the copy, a menu’s hierarchy – just about anything, really. A randomly selected half of your visitors are shown one version, while the other half see the second version.

After letting this test run for about two weeks, you compare the results. Was there a significant difference in conversions between the two? If yes, then you keep the more successful variant. You can learn more about split testing here.

Why use UX testing to plan A/B tests?

A/B tests are an extremely powerful way to optimize conversions–as long as they are carefully planned. But with literally hundreds of things you could change, what should you start with?
There are 3 main ways to design such experiments:

Setting your priorities: which page should you test?

It can be tempting to go for something obvious and easy, such as the CTA button or the text above the fold. But your real problem can lie elsewhere – even on a page you consider minor. It can be that users look for something on your site and don’t find it. Only proper usability testing can help you uncover the root cause.

Here are a few examples of unexpected issues you can discover:

Another good idea is to add tooltips to different elements on your site to provide explanations on-the-fly.

A FAQ page doesn’t need to be fancy. What it needs to be is clear and easy to navigate. A good example is a basic FAQ from Buffer:

By the way, you should also test how much time it takes for your pages to load. A slow-loading site is one of the worst UX one can commit.

Google’s industry benchmark is below 3 seconds. If you find that your load time is much longer, the first thing to check is your images and plugins. But if the culprit is your hosting company’s slow response time, you might want to choose a faster provider.

But I can’t afford UX testing! Or can I?

As I’ve said, the best way to identify the stumbling blocks is to involve human testers rather than automated tools. Don’t think that UX testing with real participants is only for companies with big budgets, though. There are affordable ways to do it, too:

Let’s say that you’ve identified several priority pages to run A/B tests on. The next step is to collect more data and decide what to change. Here are several budget-friendly and efficient approaches (see here for more): 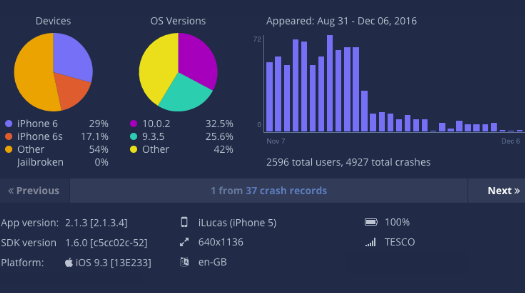 Here are a few common issues that UX testing can help uncover on this stage:

In the example below, there are far too many options on the horizontal top menu. Plus, it’s unclear why ‘Curve’ is a separate category!

Microsoft provides an example of poor element positioning. When trying to change the language from Dutch to English, the user first looks for the selector in the header. But on Microsoft, it’s at the bottom in the footer. And instead of a list of languages, it opens a huge window with a list of regional sites:

On the website below, it’s unclear what the CTA is and where users are supposed to click:

Finally, with some more UX research you can make sure that the altered version of an element is the best it can be.
There’s no point in pitching two poor variants against each other, is there?

You can start by creating several quick prototypes of an element. For instance:

These don’t need to be finished designs implemented on your website. A simple mockup will do. You can sketch everything in Moqups or Balsamiq, for example.

For more engaging prototypes, you can also use interactive services like Proto.io or ProtoPie:

Next, get together a group of at least 5 test users or turn to guerrilla UX testing again. Ask your target group which option they like best. Once you’ve identified the winner, use it for your A/B test.

Is it really worth it?

You might be thinking: all this preliminary research is just too complex. It sounds like preparing for a military campaign, not a split test.

Do I have to spend weeks on surveying and prototyping before I can run a single A/B test?

The answer is yes.

If you’ve done your UX research well, your new build should be successful and win over the control variant. But even more importantly, you will have learned a lot about your customers – their values, problems, and opinions.

You see, A/B testing isn’t about mindlessly trying different options. You don’t just insert one key after another into a keyhole, hoping one of them will work. Like any type of scientific experiment, split tests are about gaining knowledge. So go on and try this more scientific approach – you’ll see what difference it makes.

·        learn all the details of Usability Testing

·        learn how to communicate the result to your management

Natalya Dyatko is a freelance writer and content marketing/SEO specialist. Follow her on Linkedin and Twitter for more SEO tips, tutorials, and analysis. Her goal is to help entrepreneurs and startups out there grow their business on their own, without spending thousands on marketing consultants.